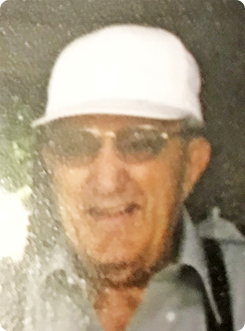 Amos was the youngest of nine children. He was raised as an altar boy and farm kid. Although he could not join the military, he did join the Civilian Conservation Corps and went on to be a well-rounded individual, expanding his skills throughout many occupations. He met his beloved wife of 50 years in the winter of 1938. Through their love, they had three beautiful children, Albert, Anna "Margie" and Helen.

Amos had many hobbies to include fishing, hunting, reading, and music. He was the most passionate about music, creating a band of his own and managing a drum and bugle corps for 15 years. Throughout his musical career he joined many glee clubs and events, the most prominent association he had was being a part of the Wolcottville Fire Co. band. Being an avid reader and one to expand his knowledge of the world, he would say "in my time, you learn from older people who teach you lessons from their life experiences." Mr. Chausse lived a long, spirited, fruitful life of 101 years.

His services will be held at Taylor and Reynolds Funeral Home, 70 Niagara St., Lockport, NY, at the convenience of the family.  Condolences may be offered below, and flowers may be purchased through The Flower Barn.

The family wishes to thank Elderwood for their continued support of their dad.