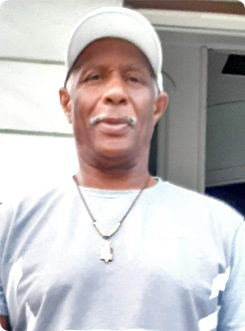 Anderson Davis Sr. was born in Lockport, NY on November 29, 1958. He is the son of Joan Davis. Anderson fell asleep on August 28, 2022 in Lockport NY. Anderson went to Lockport High School. Andy loved his exotic animals and Anderson was a hard worker. He was an all-around handyman ( Handy Andy), Chef, Mover, he would do it all. Andy loved his grandchildren Mason Storm Davis, Rocco Thomas, and Kayceon John Anderson Davis. Andy attended NCCC for Culinary Arts, and he loved his Motorcycle and trucks. Andy and his son A.D. were like Sanford & Son.

Anderson Davis was the son of the late Joan Davis, Predeceased by his sisters Vera, Delores, Clara, and Betty, and brother Jeffery Fritz.

He will forever be missed by a host of nieces, nephews, Aunts, Uncles, Cousins, and friends.