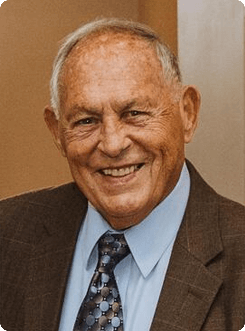 Anthony J. Villella passed away November 21, 2020 in the care of Niagara Hospice House. Born on July 19, 1935 in Lockport, NY, he was the son of the late Joseph and Regina Villella.

Anthony attended DeSales Catholic High School and later studied at the State University of New York at Buffalo. He began his career with the Niagara County Sheriff's Department in 1961 as a jail deputy and was appointed to criminal investigator in 1966. He would go on to serve as a special narcotics investigator for District Attorney Charles J. Hannigan from 1967 to 1968. After a one-year tenure as Chief Criminal Investigator, Sheriff James Murphy named Anthony Villella as Undersheriff.

In 1970, he announced his candidacy for Sheriff. Facing the November challenge of Republican Sebastian Lombardi and Conservative William Szabo, he won election to the first of five terms as Niagara County Sheriff. In 1973, Anthony defeated Republican Richard Nelson. In 1976, 1979, and 1982 he ran unopposed.

Recognizing the importance of education, he fought for and implemented the toughest educational standards of any police agency in New York State. These guidelines, which eventually became county law, required a two-year associate's degree for the position of criminal deputy and a four-year bachelor's degree for juvenile investigators.

A believer in criminal reform, he started the first state program allowing prisoners to earn their GED diploma. Faced with a growing prisoner population, he implemented the first Work Release and Weekend Incarceration Programs. These two measures became major aides in alleviating overcrowded jail facilities.
He strongly believed in treating the inmates like human beings and by showing them compassion and a sense of family by allowing trustees to work in close proximity to his own family every day. It was important to him that he touched their lives in a way that they could bring back to society a sense of family, in hopes that this would somehow help them turn away from a life of crime. Well after he retired, he would walk down the street and someone would yell out, "Hey, Sheriff!", and it would be an old inmate, grateful for having someone who cared in their lives.

After he retired, he enjoyed playing golf with his beautiful wife, Eleanor, and his good friends, Dan Graney and Doug Rademaker.
His true passion was his wife and his family, if we needed him, he was there. He would say, "Family is everything!"

The family has chosen to have private services but will be having a celebration of life when it is safe for all to attend. In lieu of flowers, please send donations to DeSales Catholic School or the Niagara Hospice House.  Arrangements by the Taylor & Reynolds Funeral Home, 70 Niagara Street.