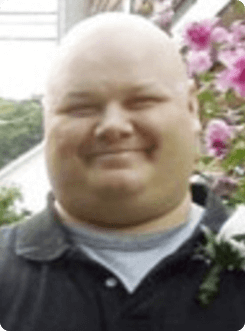 Christopher Abbott passed away after a long illness. Born June 13, 1979, he was the son of David and the late Linda (Loffredo) Abbott. Christopher worked as a security guard throughout the years.

Friends may call from 5-9 PM on Sunday at the Taylor and Reynolds Funeral Home  where the Funeral will be held on Monday at 9:30 AM. Interment in Cold Springs cemetery.  Condolences may be offered below, and flowers may be purchased through The Flower Barn.