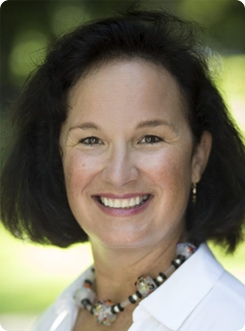 Deborah Lyn Franco, 61, of Lockport, NY, passed away on June 18, 2022 after a brief illness. She entered into eternal rest surrounded by her loving family. Deborah was born in Lockport on January 16, 1961. She was the daughter of Richard and Valdeva Qualiana.

Deborah graduated from Lockport Senior High School in 1980, then went on to study advertising art and design at the State University of New York at Farmingdale and travel and tourism at Bryant and Stratton Business Institution.

There are few people in this world that abide by a smile, praise, and constant encouragement - Deborah Franco embodied those qualities. Debbie was always upbeat and humble. The words people use to characterize her reverberate - "artistic," "angel," "awesome and loyal friend," "community advocate," "wonderful mother," and "awe-inspiring marriage." Everyone was, indeed, inspired by how much she and her husband were in love.

Deborah was very active in the workplace and in volunteering endeavors.

She had a successful career with American Airlines. At American, she garnered several awards for her innovation and leadership. She was perhaps most proud of her volunteering opportunities with the Airline Ambassadors Program, a collaboration of airline employees that assist in humanitarian efforts across the world.

This ignited her passion to help others on a global scale. Deborah served at and brought supplies to orphanages in Azerbaijan and Armenian refugee camps. In 2005, she started a second career with Raptim International Travel, a humanitarian-based organization with the motto "serving those who serve the world." Deborah was immersed in humanitarian efforts with trips to Azerbaijan, Costa Rica, Kenya, and Tanzania. She was also a host and caregiver to African and Cambodian students.

And Deborah did serve the world with an energetic burst; she was athletic, artistic, and active. Athletically, Deborah excelled at cross country and track both in high school and college. In fact, she was a race walking phenom. She still holds a track and field record at LSHS, participated in several Empire State Games, and was a member of the AAU/TAC National Race Team. She would eventually qualify for the 1981 Olympic Trials. Deborah also completed the Disney Marathon in 2004.

Artistically, Deborah is an accomplished artist and won a grand prize for her watercolor painting "Streets of Azerbaijan." She was a member of the Niagara Frontier Watercolor Society and has had her work accepted and displayed in several Keenan House exhibits. She loved teaching art classes in her beloved art studio.

Deborah has always been social and active in the community. She was her sorority President. She served on the board of the Historic Lockport Palace Theatre and was Vice President for public affairs for AM Lockport Toastmasters, where she achieved the rank of Distinguished Toastmaster.  Deborah has been recognized in her community as well. In 2015, she was named a Distinguished Alumni from Lockport Senior High School. Yet, her family was always first.

Deborah completed her mission as Ron's co-pilot in marriage for 32 years. She was the loving mother of Amanda (Mark) Richards; and son, Alex. Deborah's grandchildren lit up her life; she wholeheartedly adored them. Deborah will be that beacon of guidance to Ayva, Micah, and Elijah Richards, who, now, are asked to carry out her blessings.

Memorial donations in Deborah Franco's name can be directed for Wings of Grace International https://h2owogi.org/.