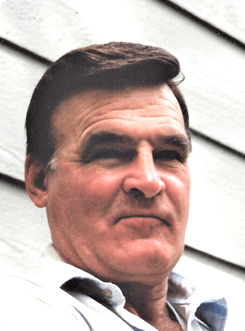 He worked as a mini-metal model maker for 30 years at Harrison Radiator, in Lockport. He was very athletic: A boxing champion, Rodger’s Park basketball champion, football player, and ‘76 & ‘77 canoe race winner! He, also, was a Little League baseball coach and went to every sporting game we ever had. He also loved to watch the Buffalo Bills and Sabre games, sometimes having the TV and radio on at the same time, while eating Peanut M+M’s. He loved the outdoors and took the family to Long Lake, in the Adirondack Mountains, every summer.

He liked to read and he loved country music – all the greats, and especially, Johnny Cash- so much so, that we all know most of the words! He had a very beautiful singing voice, as well. He had a soft spot for all the dogs in our life and let us keep many 'found‘ pets.

He had a great sense of humor and a sparkle in his eye that stayed with him and will stay with us, forever.  He loved us and we loved him. He will be so greatly missed!

Private services will be held at the convenience of the family.