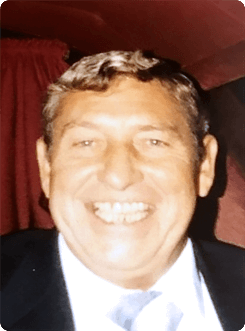 Edward Eugene Robinson entered into rest on November 24, 2017. Born on November 14, 1937, in Hulberton, NY, he was the son of Edward and Florence (Parker) Robinson.

Edward served in the United States Air Force from 1954-58 and was stationed in Japan. He enjoyed his time abroad which sparked his life long love of travel.

He worked at Harrison Radiator in Process Developing, where he retired after 30 years. After retirement he lived in Ormond Beach, Florida and Phoenix, Arizona. Edward was a member of the American Legion in Lockport and in Florida, enjoyed swimming, boating, fishing, water skiing, beach combing and anything to do with the Ocean.

There will be no prior visitation. Private Services were held at the convenience of the family. Arrangements by Taylor and Reynolds Funeral Home, 70 Niagara Street.  Condolences may be offered below, and flowers may be purchased through The Flower Barn.