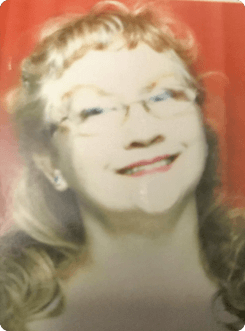 She was the beloved wife of David Cooper. Mother of Amy (Kim) Cooper, Chris (Christine) Copper and Crystal Cooper. Grandmother of Matthew and Ryan. Sister of Eddie Hoffler. Sister-in-law of Sandy Palmer and Gary (Diane) Copper. Also survived by several nieces and nephews.

Friends may call from 2-4 & 6-8 PM on Monday at Taylor and Reynolds Funeral Home, 70 Niagara St. Funeral services will be held on Tuesday at 11:00 AM at Faith Tabernacle Church. Interment in Hillside Cemetery.   Condolences may be offered below, and flowers may be purchased through The Flower Barn.