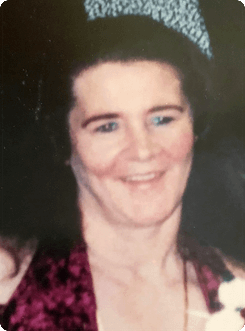 Janet E. Eastman, 71, passed away unexpectedly on December 9, 2020. Janet was born on April 3, 1949. Janet was the daughter of the late Leonard and Elizabeth Steves (Hahn). She was a loving and devoted mother, grandmother, sister, aunt, and friend.

Janet worked for General Motors for many years retiring in 2006. She loved vacationing & was an avid bingo player.

Friends may call from 11-1 on Tuesday, December 15, 2020, at the Taylor & Reynolds Funeral, 70 Niagara street. Interment will be in Glenwood cemetery. Please visit Taylorandreynolds.com to leave your condolences.