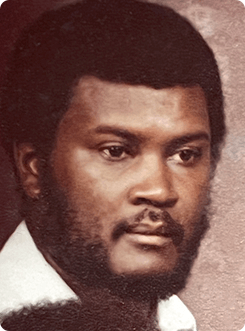 On March 2nd 1947, in Eutaw, Alabama, Emma Lou Hardy and Wilbert Means became the parents of their second son Jesse Gene Means. Jesse was one of 6 children.

He departed his earthly life on Sunday March 13th 2022, in Lockport, NY quietly at home.

His early years he recalled spending time with his siblings and sitting under the tree watching mama work.

In his young adult years he decided to journey north to New York while working as a cross country truck driver where he met and married Cassandra Cater, with whom they were blessed with three (3) children.

He later met and married Marlene Nix with whom he was blessed with 2 more children.

Jesse loved animals; dogs particularly. He would spend some part of his day feeding any animals that crossed his path.  He also enjoyed spending time watching old movies.

Friends may call from 11 AM - 12 PM Saturday at the Taylor & Reynolds Funeral Home, 70 Niagara Street. Private services were held.