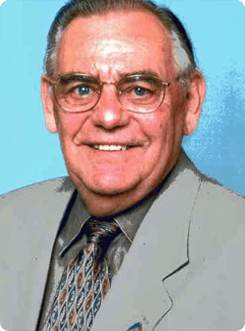 John began his career on February 16, 1958 with the Niagara County Sherriffs Department as a deputy Sherriff. John also received training in Chicago to be a polygraph examiner. John was trained in homicide investigation, child abuse and arson. John then moved up the ranks to Chief Investigator, he was founder and commander of the Child Abuse Task Force where he created 'Darby's Den', a place for abused children to feel safe. John was instrumental in creating the Niagara County Rape Crisis Task Force. John retired from the department on July 23, 1996. John also ran for the State Senator in 1994. He eventually went on to serve as Niagara County Legislator for two terms. After John's retirement, he worked as a gaming inspector at the Seneca Niagara Casino and then for the Board of Elections.
In the words of the former Sheriff Thomas Beilein, "When it comes to a child abuse case, John would not let go."

Friends may call at Provenzano Memorial Chapel, Transit and Niagara Sts (same location as Taylor and Reynolds Funeral Home at 70 Niagara Street) on Friday from 4-8 PM, Funeral Service will be held on Saturday morning at 11 AM. Condolences may be offered below, and flowers may be purchased through The Flower Barn.