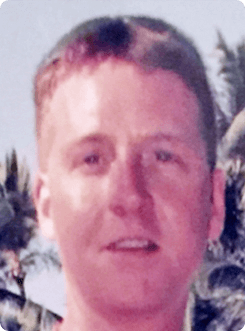 Kevin S. Cronkhite entered into rest June 5, 2017. Born April 21, 1970 in Lockport, he is the son of James and the late Carol (Sewar) Cronkhite and step-son to Glenda Cronkhite.  Kevin retired from Local 22 Plumbers and Steamfitters Union. He was an avid outdoorsman and enjoyed hunting, fishing and Nascar.

Friends may call from 4-7 PM on Thursday, June 8th at the Taylor and Reynolds Funeral Home, at 70 Niagara Street.  Funeral services to follow at 7:00 PM. Inurnment in Acaccia Park Cemetery. Memorials to a charity of one's choice. Condolences may be offered below.