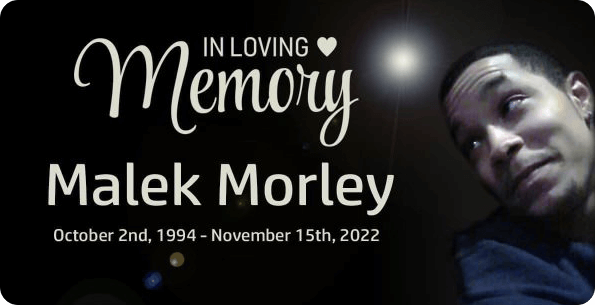 Malek Abdul Morley passed away on November 15, 2022, at UPMC Hamot Hospital in Erie Pennsylvania. Malek had a huge heart and unselfishly shared his loving spirit with whomever encountered him. A staunch admirer of hip hop culture and music Malek would often pay it forward educating others on his wealth of knowledge in this area.

Friends may call from 11-1 on Tuesday November 22, 2022 at the Taylor & Reynolds Funeral Home, 70 Niagara Street, where Funeral Services will be held at 1:00pm. Burial will be private at a later date in Cold Springs cemetery.