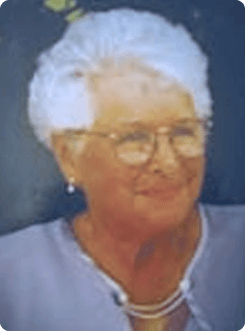 Noreen A. Weatherall entered into rest December 1, 2018. Born April 10, 1932, she was the daughter of George and Marion (Recor) Hoffman.  Noreen worked at Lerch & Daly's for over 25 years, was a member of the First Presbyterian Church for over 62 years, enjoyed golfing, fishing, spending time in Sandy Pond, and especially being with her family.

Friends may call from 3-4 PM on Saturday at the First Presbyterian Church, 21 Church Street, where the Memorial Service will be held at 4:00 PM, with a reception to follow. Arrangements by Taylor and Reynolds Funeral Home, 70 Niagara Street.  Condolences may be offered below, and flowers may be purchased through The Flower Barn.