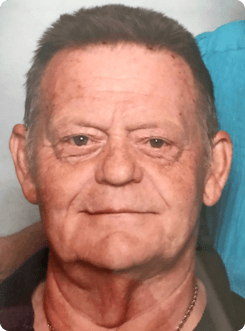 Surviving a stroke in 2006 that left him paralyzed and wheelchair bound, Phil succumbed to cancer attacking him a few months ago. . Although in a wheelchair for over 10 years Phil was anything but defeated. He will be remembered as the man who always had a laugh and a quick joke for those around him. He enjoyed people, loved children, and faced whatever life handed him with determination and an uncanny sense of humor. He will be so very missed, and leaves an empty spot in so very many hearts.

Calling hours will be held on Sunday from 11AM-7PM at Taylor and Reynolds Funeral Home, 70 Niagara Str, where the funeral service will be held at 1 PM on Monday, Dec.4th. Burial will be at the convenience of the family. Condolences may be offered below, and flowers may be purchased through The Flower Barn.