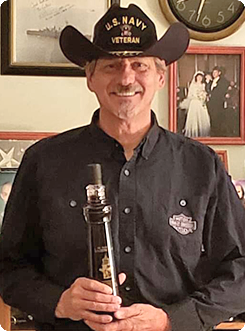 Richard Allen Winchell entered into rest on December 25, 2021. Born March 17, 1964, he is the son of Linda Lea Harrow and the late Vernon Edward Winchell.

Richard served in the U.S. Navy from 1985-1988, then reenlisting in 1988. He completed training and schools during his enlistment while receiving ribbons of deployment and letters of commendation.

There will be no prior visitation. A memorial service will be held at a later date at the Western NY Veteran's cemetery.  Arrangements by the Taylor & Reynolds Funeral home, 70 Niagara Street.