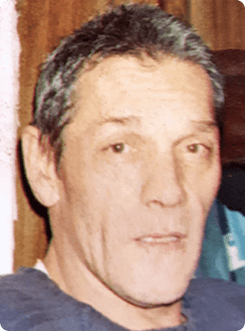 Richard Tellier of Lockport, formerly of Biddeford, ME, died peacefully at home on February 3, 2017 with his family by his side after a long battle with lung cancer. Born in Biddeford, ME, he was the son of the late Roland and Joanne Tellier.

He served in the U.S. Army 82nd Airborne from 1976-1979 and was released with an Honorable Discharge. Richard was an avid New England Patriots fan and let everyone know it. He was the go-to-guy willing to help anyone in need and worked part time at Taylor & Reynolds Funeral Home.

Richard is survived by a brother, David Tellier; a sister, Sue Tellier; several nieces and nephews; his lifelong partner, Donna Terra; many friends; and his beloved cat, 'Blue'.

Friends may call from 3-7 PM on Tuesday at the Taylor and Reynolds Funeral Home, 70 Niagara St., where the funeral will be held at 7:00 PM.  Condolences may be offered below, and flowers may be purchased through The Flower Barn.
Tweet
Share
0
Share
0
Share
0
Share
0