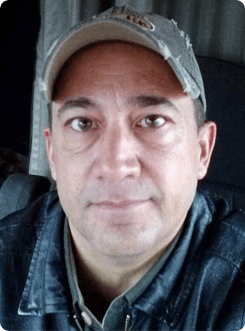 Salvatore T. Barrancotta entered into rest August 26, 2017 at the Niagara Hospice House. Born in Lockport, November 30, 1962, he was the son of the late Salvatore and Jeanette(Turner) Barrancotta. Sal owned and operated Barrancotta's Trucking. He is the beloved Father of Salvatore, Michael, McKayla Joseph, Christina, and Destiny. Dear Brother of Ida (Forrest) Rockwell, Janet (Karl Feidner) and the late Richard Turner. Grandson of the late Charles and Ida Barrancotta. Also survived by several nieces and nephews.

Friends may call from 2-7 on Tuesday at the Taylor and Reynolds Funeral Home, 70 Niagara street, where the Funeral Service will be held at 6:00 pm. Memorials to the Family would be appreciated.  Condolences may be offered below, and flowers may be purchased through The Flower Barn.