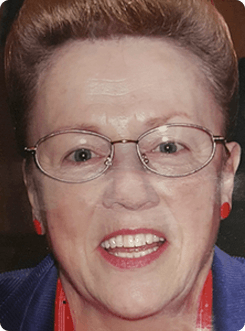 Yvonne Marie (nee Ryan) Sewar passed away quietly at Odd Fellows and Rebecca Nursing Home on February 5, 2017. Yvonne was a 1950's recording artist who chose to rather have a family and raise children over a glamorous singing career.

A long-time Lockport resident and baptized member of the Lockport Congregation of Jehovah's Witnesses, she is a Harrison Radiator retiree.

She is survived by her first son, Mark Sewar of East Ave., Lockport; and her late son, Damon Sewar; two grandchildren, Amber and Danielle Sewar; along with several great-grandchildren.

Services, for those who wish to call, are Saturday, February 11th at 9 AM for a short service and subsequent internment at Cold Springs Cemetery following.  Condolences may be offered below, and flowers may be purchased through The Flower Barn.