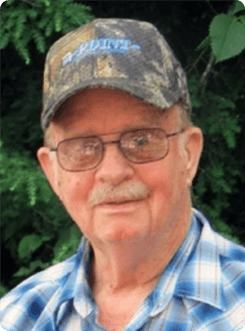 Henry E. Kirk passed away on December 24, 2017 in General Hospital after suffering heart failure. Henry was born on April 8, 1934 in Turin, NY, the firstborn of Edwin J and Gertrude (Mae Lawton) Kirk, where he helped run the Kirk family homestead.

Henry married Sandra J. Merritt on August 25 1956 in Holland Patent, NY. In 1959 the couple then moved to Niagara Falls, NY, where Mr. Kirk obtained employment to help build and improve the New York Power Authority. In 1963 he moved his family to Lockport, NY, where he resided until his death.
Henry drove city bus and school bus for Lockport Bus Lines from 1963 and later drove chartered bus for Grand Island Transit Corp. In 1979,
Henry began driving coast-to-coast for Crete Carrier Corp where he won numerous safety awards. In August 1994 Henry began driving at Point Dedicated trucking companies where he retired in 2015 at the age of 81.

He was predeceased by infant daughter, Laurie Kirk in 1966; brothers, Chester in 2017, Arnold in 2016, Gerald in 1967; and sister, Shirley Durgin in 1969.
A memorial service will be held at 10 AM on Saturday, December 30th, at St. Johns RC church 168 Chestnut St., Lockport.  Arrangements by Taylor and Reynolds Funeral Home, at 70 Niagara St.  Condolences may be offered below, and flowers may be purchased through The Flower Barn.