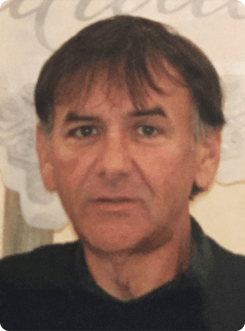 In the early morning hours of November 5th, 2016, Larry Reed Beauman was called home by Our Lord in Heaven; lifted gently in the arms of the Angels, he was released from his earthly pain, just sixty-six years young.

He grew up in Derby, NY, attending Lakeshore School. While young he worked at Ford Stamping until duty called him into the US Air Force where he honorably served and survived the Vietnam War.

After military service, Larry jumped into work for his Uncle Red at Beauman's Garage & Towing in Lockport, where he loved working with his cousins, Johnny and Helen. Larry's life long passion was classic cars. He owned too may to list, (Muscle Cars were his favorite.) He loved cruise nights and car shows and attended as many shows as he could.

Larry was proud of his work as a NYS Corrections Officer, studying law enforcement and inmate counseling until his retirement. He has achieved a black belt in Taekwondo and immensely enjoyed cycling along the trails of wester New York.

He also had a lifelong love for animals of all kinds, especially cats. He and Wendy served together in many feral cat rescue efforts; taming, healing and finding loving homes for them all. Every spare moment was used to beautiful his lawn and gardens; he loved sharing vegetables and flowers with neighbors.

Larry wanted his family, friends and co-workers to remember him as he was in the best times of his life; therefore, per his request, no showing or wake will be held; however, a "Celebration of Larry's Life" will be announced in the forthcoming weeks. Larry left behind many who will miss him greatly, but remember that he cherished each one of you.

Much love your wife and children, your kitties, and the little angel next door. You will be missed.

In Larry's memory the family would like to see an animal rescued or saved in his name.

Arrangements will be made with the family.